Unjustly imprisoned at age 13, yet not destroyed: A victor’s story 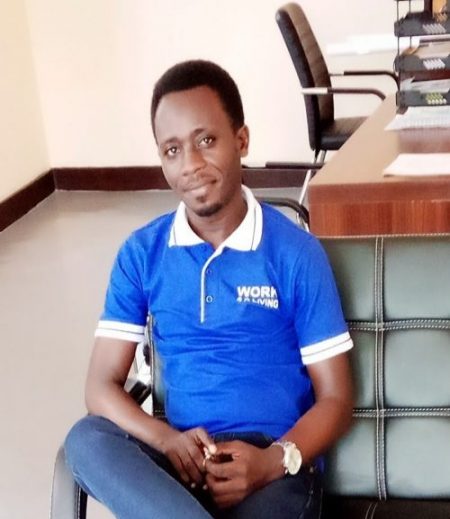 This is Ajabu Kalimbiro’s testimony – a story of hope and redemption!

It started in the most desperate circumstances imaginable. Yet looking back, God’s saving hand was always present – a river of grace flowing through this young man’s life.

Ajabu was born in the Democratic Republic of Congo (DRC; then known as Zaire) in 1988, into a poor family of 9 children. His father was Congolese and his mother a Tutsi from Rwanda.

In 1994, after the genocide in Rwanda, in which 800 000 Tutsi were killed by Hutu extremists within 100 days, the perpetrators fled to the neighbouring DRC. There they continued their slaughter, hunting ethnic Tutsi who had moved to the Congo years before. Thankfully, Ajabu’s mother survived and his father found a way for them to move to Rwanda. Over the next couple of years, the whole family relocated to Kigali in Rwanda, except for Ajabu and his older brother who continued their schooling in the Congo.

In 2001, at the age of 13, Ajabu visited his family in Kigali. A few days after he arrived, a neighbour who wanted to get back at his mother over some personal conflict, falsely accused Ajabu of raping her little girl of 8.

Even though it was illegal for a child of 13 years to be imprisoned, Ajabu ended up in jail, without any formal charges or a court appearance. In his words, “At this stage, the situation was bad in Rwanda… it was a few years after the genocide. It was easy for someone to do wrong to others by paying bribes, and the neighbour paid money so that I could be imprisoned.”

That should have been the end of Ajabu’s dreams – with virtually no chance of surviving such an ordeal unscathed, the enemy seemed to be the victor in his young life. Yet it was not so.

Ajabu testifies: “When I reached prison, I realized that life in prison was very dangerous; disease killed many, and famine took away others. I suffered and felt that life meant nothing. I saw no reason to live. But as I kept praying and putting my trust in God, I could hear a voice of encouragement. And I gained strength. The Lord was with me every single minute until the end.

At only 14 years old in prison, I joined a group of Christian prisoners who used to gather for fellowship every evening. I had been a member of the Pentecostal church since childhood. We grew up with Sunday school and church services. I had learned how to sing and to play guitar. While in prison, I started playing guitar during our fellowship times. I was not very good then, but because of my age they liked to see me play.”

A large number of inmates joined their prison church, which eventually grew so large that they had 4 choirs. Ajabu was selected as a choir leader, and joined the Bible study sessions. Even though still a teenager, he was a good preacher, and grew in favour in the church – he became assistant pastor and then pastor, as the men in these roles were released.

For 6 years Ajabu found no one who could help to get him out of prison. In 2008 he heard about Lawyers without Borders and wrote to them appealing for help. In August 2011, Ajabu was finally freed after 9 years in prison. Life only started for him then!

Yet it was not easy – his mom and dad had divorced and his mom was struggling to make ends meet. The family looked to Ajabu to be the provider.

God then started providing connections through his church family – in partnership with a US ministry called Hallomai International, the churches established a WORK 4 A LIVING business and job readiness training center in Kigali in March 2019. Ajabu was chosen and trained to become the first WORK 4 A LIVING facilitator in Rwanda. He says, “Now many people, young and mature, are coming to our center for training. The community is being impacted holistically. There is hope!”

Ajabu has persevered in faith and hope and has learnt to rejoice in God’s grace. His life testifies that “he who comes to God must believe that He is, and that He is a rewarder of those who diligently seek Him”, Heb 11:6. 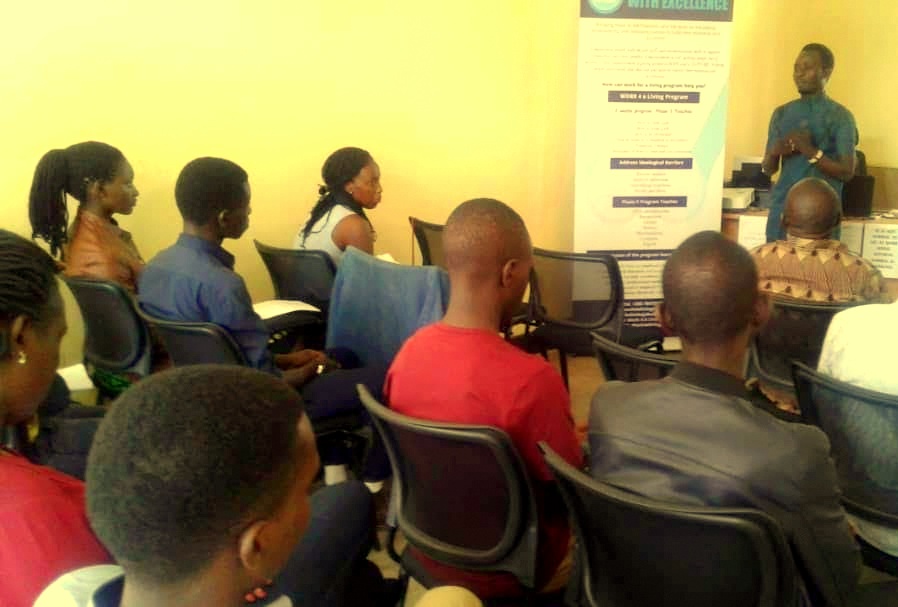